Julie – Let’s catch up. Last weekend was a busy one. This weekend is starting out to be a fairly busy one as well. Last Saturday we had the Snead-Caradine family reunion at West Jefferson High School. On Sunday we went to Church 29:11 in Gardendale and then we went to the first Macaroni and Cheese festival to benefit Community Grief Support. I mean come on an entire festival dedicated to mac and cheese what’s not to love??  Well sharing with about 600+ other people would be the what not to love. Oh and the rainy weather. We got there early and managed to get about 6 samples before the line turned into a “cattle drive” of sorts. Of the ones we tried Newk’s pimento bacon mac and cheese was the best. We gave up because of the length of the line.  As people came thru the gate they just got in one HUGE line rather than smaller lines at each tent and there was not any direction from any of the volunteers. I guess they were overwhelmed by the number of people. We finally gave up and walked over to Rowe’s Service Station restaurant. I really wanted to try their chicken and waffles. Well we walk over there and what happens the waffle maker is broken. So I opted for the cheeseburger. It was ok, but not an awesome burger.

Friday was the first time we’ve eaten out this week. We decided to go stay close to home and go to Rusty’s BBQ in Leeds. So did everyone else. This was the most people we’ve ever seen there. Every booth on the dining room side was full and also a couple of the tables. I guess everyone had the same idea. I decided to go with something out of the norm and went with ribs. For my side I got mac and cheese and fries. They were good. Jeff got the burger and said that it wasn’t as good as normal guess they were off the game on the burger side of things. 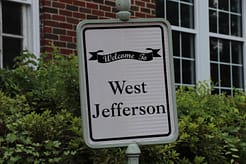 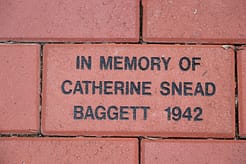 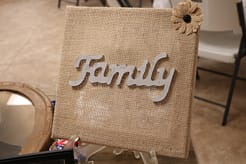