Julie – So this week we were in the Galleria area after work. We decided to try another new place that we had heard about. We decided to go to Brixx Pizza. Well what kind of pizza restaurant doesn’t have a build your own pizza or at the least a pepperoni or cheese pizza, well this place for one.

Well since we didn’t want to try and special order one of their specialty pizzas we decided to opt for something else from the menu. I had the pesto chicken salad. I was expecting a piece of grilled chicken on my salad but what I ended up with was a scoop of a pesto version of chicken salad in the middle of my salad. Overall it was good.

Jeff went with a spaghetti and meatballs. It had more large chunks of tomato than it did sauce and if you know Jeff then you know he is not a fan of tomato chunks at all. He doesn’t mind a good tomato sauce, but hold the chunky tomatoes. It was with angel hair pasta. For him it was ok despite having to pick around the tomatoes. The serving was pretty generous. I had the leftovers for dinner the next night and thought it was pretty good, I don’t mind chunky tomatoes pieces.

Our waiter was really nice, but was apparently very busy so he would go long periods of time before checking back with us. But I have to say that he did well making sure that our glasses were full even though he was not around for long periods of time.

Overall the experience was good, but probably not a place that we would choose again, I mean come on not even a plain 5 cheese pizza on the menu. 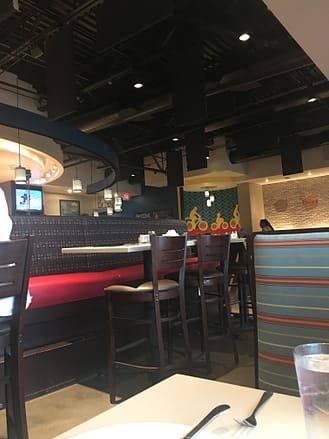 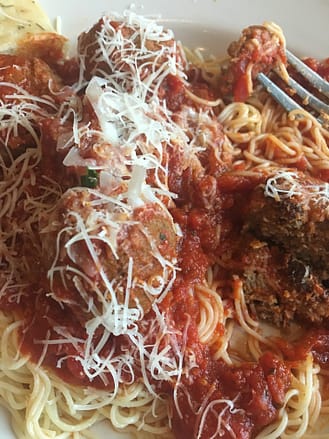 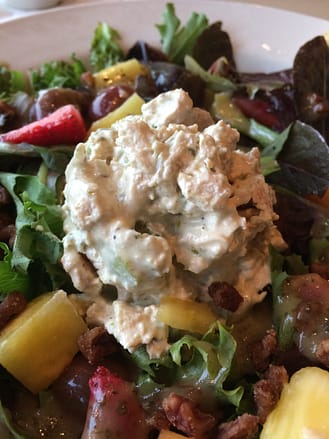