Jeff – Saturday I got to hang out with Tyler a good bit.  We had Beard/Haircut appointments for the morning at Newman’s Classic Cuts, so we did a little running around before then.  We drove over to Red Mountain Park, and purchased a couple of Red Mountain Park t-shirts.  This helps to keep the park free, and prevent them from charging admission.  We’ve been to Red Mountain Park multiple times.  I’ve rode the Segways twice, and one of those times Julie and Tyler joined me.  I did manage to have a spill on one of the trips, but had a blast both times.  It doesn’t take long to learn to ride the Segways, and it is a fun tour around the park.  We’ve also had the pleasure of helping out with two Trail Runs for my work there.  We’re already looking forwards to next year’s run!

I found Newman’s Classic Cuts just by searching Google for a Beard cut place.  I had tried a professional beard cut once at a different location, but didn’t like it.  I had been used to trimming my own beard, but as it’s gotten longer, it’s needs more attention!  I tried Newmans’ Classic Cuts, and had a great experience.  It is inside Seasick Records, and is a very cool place to visit, especially if you like records, and music.  I’ve been to Newman’s three times now, and they do a fantastic job each visit.  Tyler is using them too when he is home and needs a haircut.

For lunch, Tyler suggested Golden Rule, after he veto’d all of my other suggestions.  Julie and I have been going to Golden Rule in Irondale for probably 27 years now.  I of course always get the same thing.  Cheeseburger plain.  Today Tyler did as well, and Julie had a BBQ Chicken sandwich.  We had two orders of fries.  Their burger has always been one of my favorites and favorite places to get a burger.  They’ve changed the fries over the years, but they are fresh cut fries, and they always give you a huge helping. The fries are crispy, and very tasty.

The best thing about Golden Rule is their Chocolate Pie.  I don’t usually eat pie, but the Chocolate Pie at Golden Rule is my favorite pie ever.  It always has been.  They also have Coconut and Lemon pie, but who knows if those are any good.  Not me.  I imagine they might be though, if they’re half as good as the Chocolate Pie.  I do dislike Coconut though, so I don’t want to imagine it too much.  I can’t really describe why their pie is sooo good, but it has a wonderful, light taste to it.  The crust is light and airy, and is a regular pie crust, not a graham cracker or chocolate crust.  The chocolate isn’t too rich, and I’m not even sure what the white topping is, but Julie thinks maybe a type of whipped cream.

It was a very good half day.

Julie- I worked a few hours this morning and met up with them at Golden Rule. It has been a favorite for years. Today though it seemed that the sauce had a little different flavor. It was still good. This afternoon I saw a post for a cute crimson color dress and an Alabama hat at a boutique that I follow from Alabaster. So we decided to go check it out and I came home with that cute hat and dress. I mean you can’t drive that far and not buy something right? 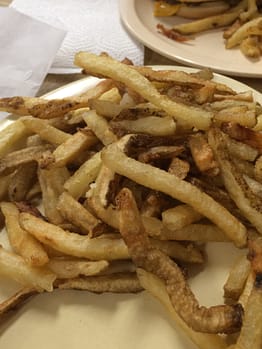 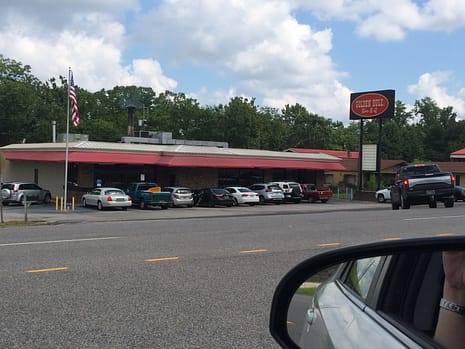 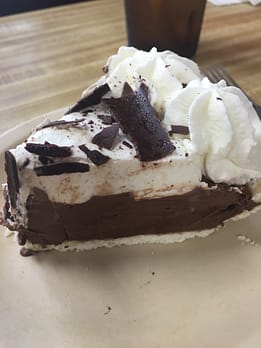