Jeff – Roll Tide!  Saturday we were able to attend the Bama game in T-Town.

We have such great memories of being at Bama games in Tuscaloosa.  We did have season tickets long ago in 1993, and attended the games with Aunt Cathy and Uncle Buddy, as they would take their RV to Legion Field or Tuscaloosa during the week of the game.  We still remember the Arkansas fans that shook the RV during the night, but we paid them back on the field.  The coldest game we may have ever went too was the Homecoming game that year.  We ended up with parka’s, and scarves over our faces.  We had to buy some gloves and toboggan’s since we didn’t have any, and it was so cold.  I do remember we won the game 40-0, but in this case, I’m not sure that helped.

I remember Tyler’s first game ( a homecoming loss to La Tech in the rain), and a game where just Tyler and I went.  I think it was Tyler’s first game to stay until the end.  I don’t remember who we played, maybe Florida Atlantic, but it was a fantastic Father-Son day.   They also had planes that flew over the stadium before the game.

There’s just something special and a special feeling about being in Tuscaloosa on game days in the fall.   We’ve spent a ton of time playing football on the Quad and throwing the ball when Tyler and Avery were little.  There are too many good memories to list, and we were thankful to spent another Saturday there with friends.  We’re looking forward to the next visit! 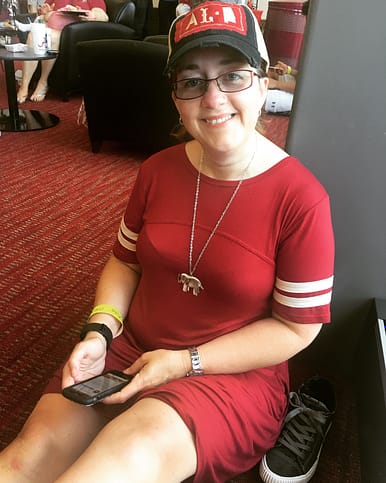 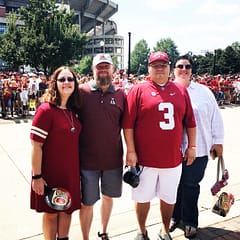 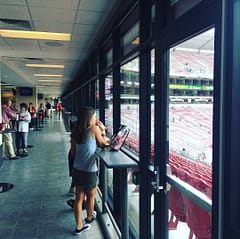