A couple weeks ago we were in the Trussville area and decided to try a new restaurant. I’m not sure how long they have been open maybe a couple months. Anyway it’s called Kemp’s Kitchen. They had an American flag painted on the wall by the door, a huge flag hanging in the back of the dining room. They were playing Christian music. The ambiance was on point.

But let’s get to the real reason we were there. You know you always go to a new place with high expectations. Well this one kinda disappointed us. We’ll give them one more shot and try something different.

I had boneless wings with a salad and it was pretty good. Just wished that the salad was more than just a bagged version. Jeff got some of the sides, he had the mashed potatoes that he said you could tell we’re made from a box, macaroni and cheese that he said was just okay and he had sweet potato fries. They weren’t anything special, probably came frozen in a bag.

Maybe be our next trip will be better. We’ll see. 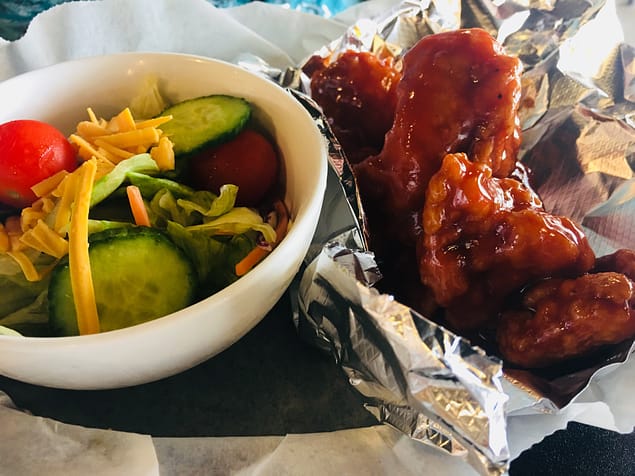 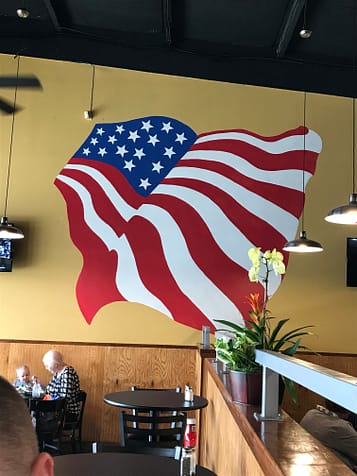