So recently we’ve made a few trips to Mobile for various reasons.  We helped move Tyler into his new Townhome most recently.  Over the last couple of trips though, we’ve been able to visit a few new restaurants for us, and we wanted to share our quick thoughts on each one!

Goldfingers – Amy works for Goldfingers but we had never had the chance to eat there until one of our last trips.  We were able to visit and have lunch with Amy and Tyler while Amy was on her break.  It’s sort of the typical chicken place you think of when you think of Zaxby’s, Guthries, and Foosackly’s (if you’re from Mobile).  We’ve now eaten there twice and enjoyed it both times.

The Cheese Cottage – We may have fell in love with the Cheese Cottage on our first visit.  Julie had seen where it recently opened in Mobile.  It’s a new little place in Downtown Mobile, that serves Cheese boards and sandwiches.  On our visit we selected a Cheese board with 4 different types of cheeses.  Two of them were really good, but a couple of them were a little earthy!  The Cheese board also came with crackers, Bacon jam, honey, and fruit, and was a reasonable price.  We definitely look forward to going back soon.  Across the street there is also an Antique museum which you can waste a little bit of time looking through. 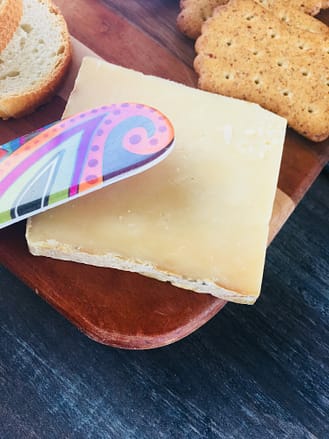 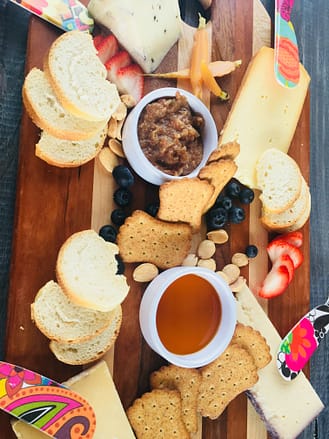 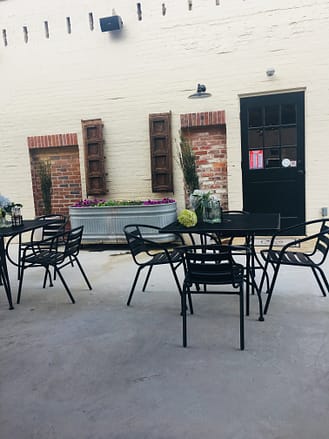 Julie – I have been watching The Cheese Cottage’s Facebook page since last summer waiting for it to open. We also got to sample several different cheeses. Some were really good and some were quite different than what we are used to.

Dew Drop Inn – Tyler had told us a few times about his visits to the Dew Drop Inn, and we were able to swing by there for lunch.  It is billed as Mobile’s Oldest Restaurant, and has World Famous Hot Dogs.  Tyler raved about the Cheeseburgers, and so Julie and Tyler had Cheeseburgers!  Amy tried the World Famous Hot Dog.  Tyler still liked the burger, and Julie enjoyed it as well.  Julie also got the Onion rings, and Tyler actually tried one, and claimed he liked it.  The burgers came with a type of chili on them, which they both liked.

Julie – The burger and the hot dog both have their famous chili. I was expecting the burger to be messy, but the chili is really thick so it doesn’t just run off the burger and make a mess.

Tyler gave us a brief history lesson about the restaurant, but here is a link to their story if you want to read about it. https://dewdropmobile.weebly.com/our-story.html

Flipped Out Kitchen – I’m not sure who suggested Flipped Out Kitchen, but I almost wanted to go back a second time before we left Mobile.  It was all four of ours first visit.  There a a few menu items you can select and order up front.  Or you can do as Tyler and I did, and Build A Bowl.  You basically get to pick all of your ingredients.  Tyler went with a Rice Bowl, with some vegetables mixed in (can’t believe our son eats vegetables, so proud!).  I chose Chicken with Penne noodles, and a Pesto Cream sauce instead of the usual alfredo.  What a wonderful decision I made.  The pesto sauce was so tasty, it made the meal.  Tyler enjoyed his Rice dish, but I believe liked my pesto sauce better. I had to look up a pesto cream sauce recipe to try at home.  It won’t be as good, but we’ll give it a try.  Amy got the Chicken Alfredo which she liked, and Julie went with a salad with steak.  She also liked it.  They served us plenty of food, and brought bread to the table.  We do look forward to our next visit.

Mings – Lastly, we decided to try Mings Chinese Buffet for lunch after church before we headed back home. Chinese has never been Julie or my favorite, as we prefer Japanese.  We were pleasantly surprised though.  We tried so many different foods there, it’s hard to list them all.  Julie may have tried every kind of chicken.  I tried both the Won-ton and Egg Drop soups, but preferred the Won-ton.  We were all glad they had steamed white rice as well!  They do have a very nice dessert bar as well, and includes scoop your own ice cream, which i tried!

All in all, we’ve enjoyed our trips to Mobile lately, and our new food place visits!