Another place we’ve had on our list of places to try is Ruth’s Place off Derby Parkway. I had seen it talked about on Facebook and added it to our list. They had some negative comments in their opening weeks, but it was just things like they were overwhelmed and maybe under-trained. So we gave it some time to get the kinks worked out before we tried.

We weren’t sure where they were located just knew they were off Derby Parkway on I-459. We put the address in our maps and when we arrived we found that they are located in a building that used to be an “Uh-Hmm” gentlemen’s club. So there aren’t any windows in the side walls, there are still a couple umm, stages that they have tried to disguise as anything but. LOL!! 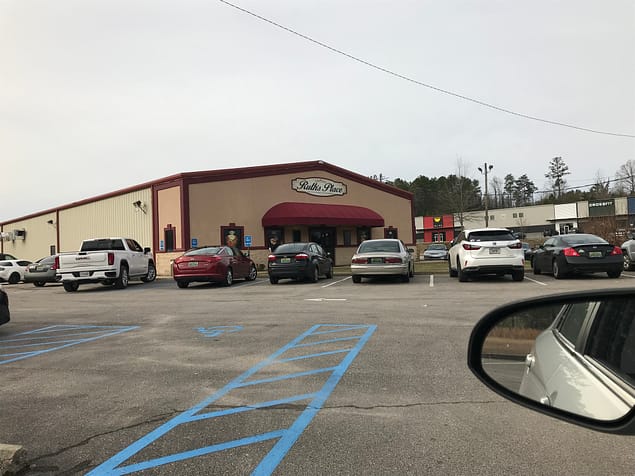 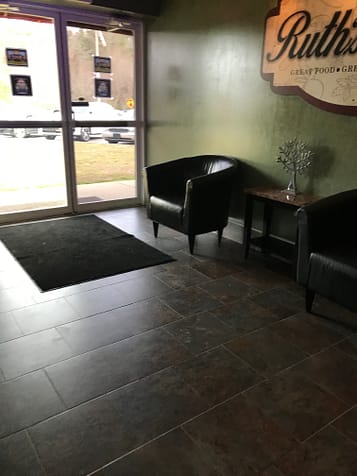 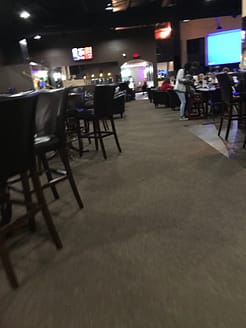 But we gave them a try. The food was really good and you got good sized portions, but they don’t have a lunch menu so it was a little pricey.

Jeff went with a veggie plate of macaroni and cheese, dressing and buttered potatoes. I went with baked chicken, green beans and buttered potatoes. For the potatoes we expected potato pieces with a little butter, what we got was a bowl of mashed potatoes SMOTHERED in melted butter. They were good and and had pieces of potatoes in them. At first I thought maybe they were instant potatoes, but I think they may have been made with actual potatoes.

The highlight of the meal was the DELICIOUS sweet potato cornbread muffin. Oh my we could have ate a dozen of them. I think we’ll go back just for the muffins, the other food was good, but oh my the muffins!!!

So you can’t always judge a place by it’s looks, or uh hmm, what the building used to be. LOL!